In APT Game Generator we assemble aspiring computer game developers. Together we analyze different game ideas and create teams to implement games. We offer a creative environment, suitable tools and active associates to realize different ideas. In our members we encourage personal development and learning-by-doing approach. There are also instructors to help out if need be. Our members realize their own ideas from which to create successful products and companies.
For all that we hold open meetings every Monday at 18:00 in the 3D Kasvuhoone in Aparaaditehas, where we:

In addition we share timely information about game development and product design through social media.
We also organize several game jam competition events throughout the year, where everyone can prototype their game ideas in a couple of days.

1. We organise students from different disciplines to work together in game development.
2. We support and guide each other, polish game ideas, create games and help with marketing.
3. We promote the game development industry in Estonia.

Responsibility of the management is to ensure the operations of the organization. This includes the communication of information, existence and availability of work spaces, finding of instructors or instructional material, creation of necessary documentation.

ColOrigami is a 2D platformer puzzle game, which was developed by: Taivo Seppa, Reimo Luik, Merle Palk and Ruudi Vinter. Game prototype was made during the 35th Ludum Dare game jam competition. In its local competition by APT Game Generator the game achieved the third place. The game also participated in the Kaleidoskoop business idea competition, where it was awarded a special price from the Good Thoughts Club. Currently active development is in progress and the team hopes to release a full game by the Fall of 2016. 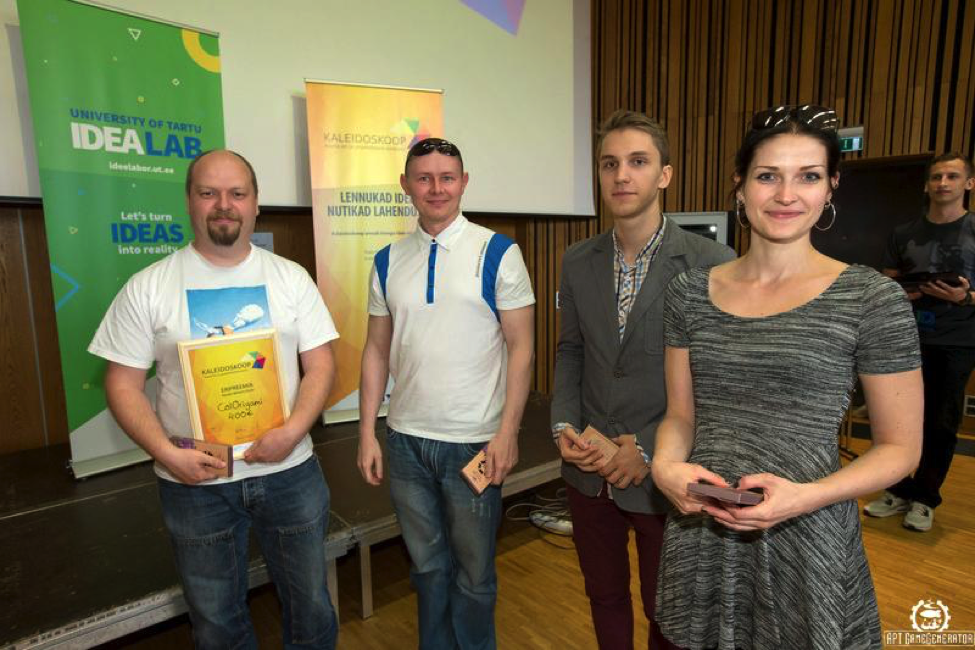 Idea of the mind-bending platformer was first conceived during Ludum Dare 35 where it became the 2nd place holder at the local competition by APT Game Generator. The founding members were, and still are, Ants Lillemaa, Rein Tikk, Kristjan Kroonimägi, Reino Meensalu and Erich Brutus. The team is fueled by purely artistic skills and is definitely not constrained to the boundaries that would arise out of having any kind of programming skills to speak of.
Some say, that the game is being developed at this very moment. 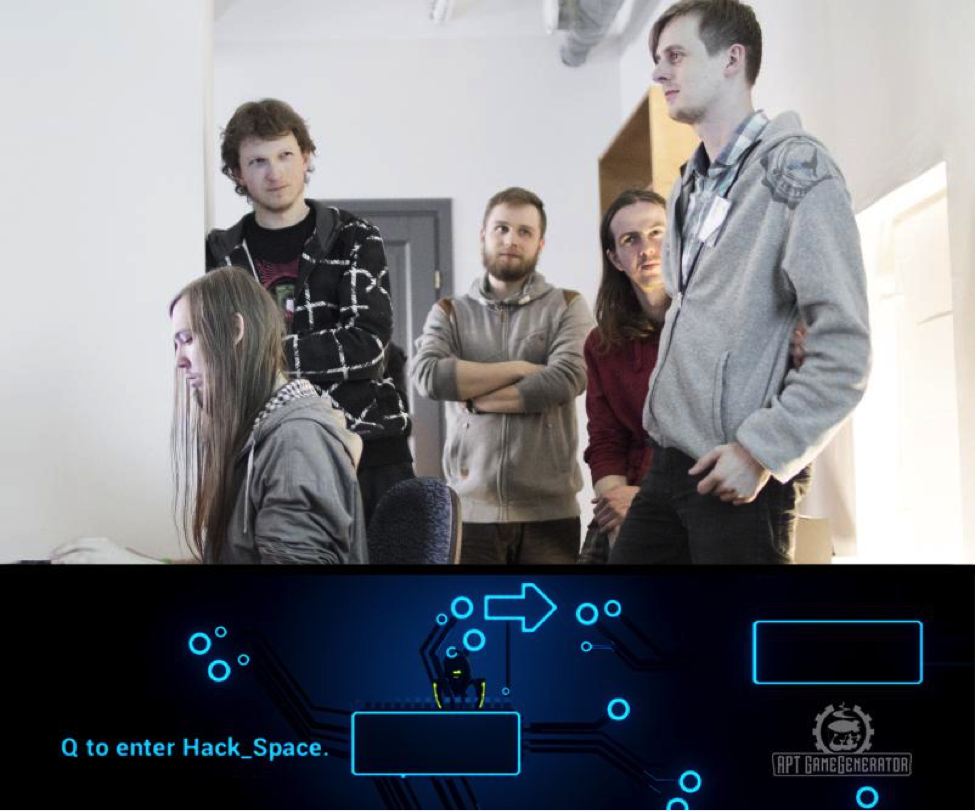 Jaanipäev is a game developed during the Global Game Jam 2016 local event organized by APT Game Generator in Aparaaditehas, Tartu. It is made with HTML5 and runs in both PC and mobile platforms.
Jaanpäev’s team was: Vootele Parts (idea, progamming, sound), Taivo Seppa (programming), Mart Rätsep (2D animation) and Raul Kübarsepp (graphical user interface views). Initial version was made already during the first day of the competition and thus there was more time for polishing. By the end of the jam there was a humorous game prototype with 10 playable levels. 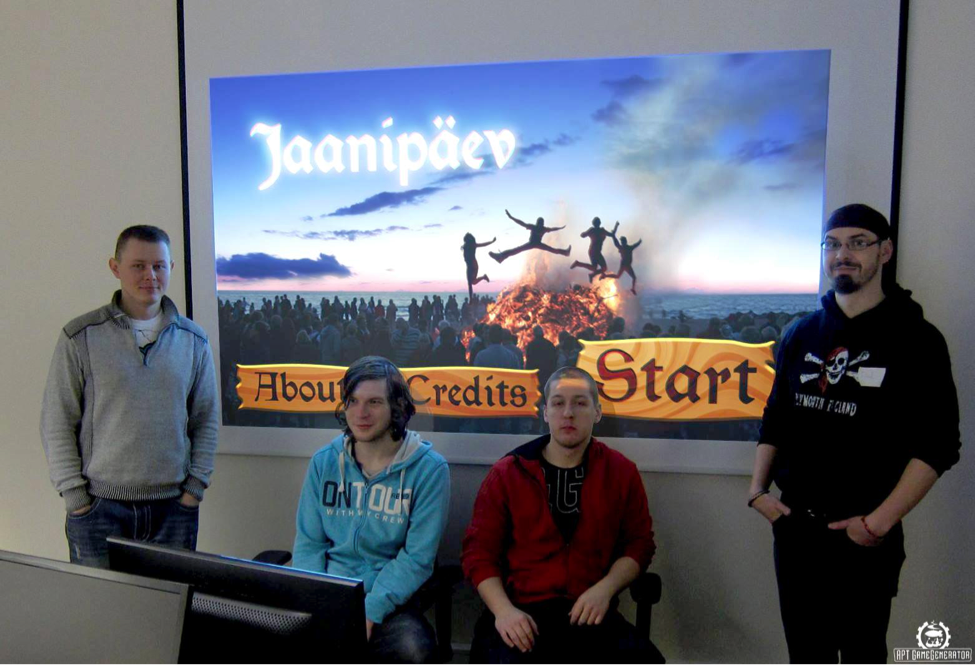 The project Tribocalypse started on 2016 in the Global Game Jam. Within just two days our team made a multiplayer arena game. Since then we have been developing this game by adding a lot of new features like gathering resources, building a settlement and stealing totem parts. Our team has 11 members now. We hope to release Tribocalypse soon, until then our progress can be seen at www.tribocalypse.com. 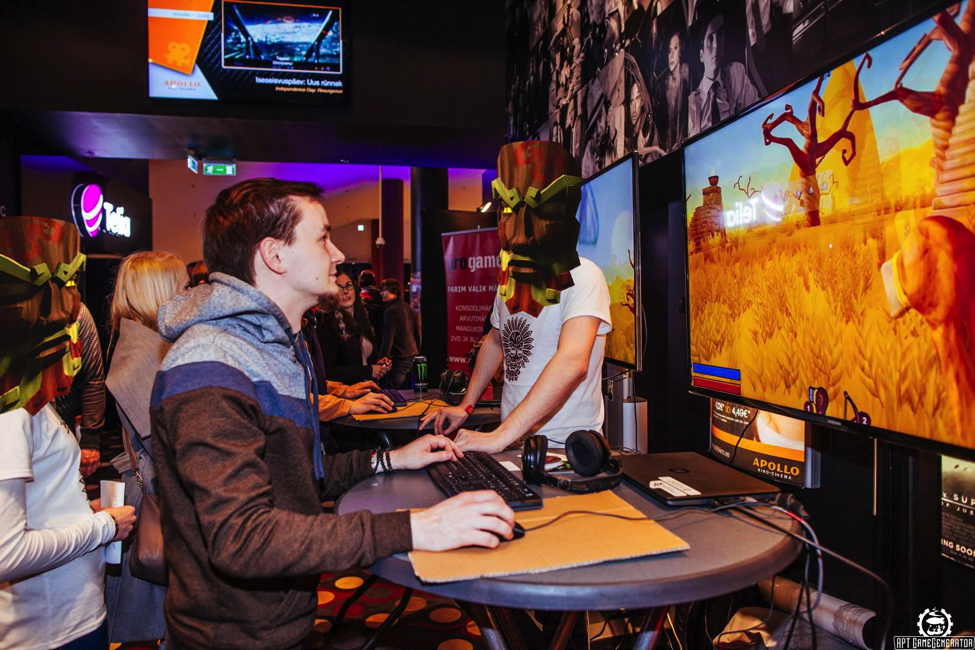